One of the UDA’s previous logos:

I started my career as a birth worker in 1997, when Bill Clinton was president and Mike Leavitt was Utah’s governor. Gas cost about $1.22 a gallon and Titanic was the new blockbuster movie. I was pregnant with my daughter Callie when I taught my first childbirth class. Today that daughter is a college student, and I’m still teaching and attending births! In celebrating twenty years of helping families grow, I have been looking back and many things that have changed. Among them:

When I first started out, parents and doulas could not plug anything in at hospitals! So parents who wanted to play music at their birth had to bring in a *battery operated* boombox or CD Walkman! In my first birth bag, I carried a small portable battery operated CD player, and battery operated speakers were on my wish list! Today, hospitals are much more relaxed about that, and of course most parents have all their music on their phone or use a streaming station on Spotify or similar.

Some hospitals required a doctor’s prescription for laboring patients to use the tub, and waterbirth (even in home births) was very uncommon.

Doula work has definitely become more mainstream. The word “doula” wasn’t in the dictionary when I first started out, and now most pregnant women know what a doula is.

There were fewer hospitals in the Salt Lake Valley. I’ve seen three brand new hospitals open (Lone Peak, IMC, and Riverton), one change its name (Salt Lake Regional was Holy Cross Hospital back then) and one hospital has closed its doors. (Cottonwood, where I once attended a birth in the exact same room I gave birth in.)

The fall and rebirth of freestanding birth centers. There was a birth center owned by a now defunct insurance company called FHP out on Redwood Road, and another in East Millcreek owned by the University of Utah. Both of those closed, and for a while there were no birth centers in northern Utah. And then Suzanne Smith opened Bella Natal in Orem, opening the doors to a new model of single bed birth centers that has blossomed into the many small birth centers around northern Utah.

The legal status of Utah’s direct entry midwives has changed, due to some dedicated midwives who spent years learning the political system and making change. Direct entry midwifery is now clearly legal and licensure is available and optional.

Changes in Research, Policies, and Practice

The episiotomy rate has dropped pretty dramatically since I started. In the late 1990s, it was roughly 85% of vaginal births. While it still varies widely by provider, overall I am seeing far more intact perineums at the births I attend now.

Epidurals as administered today are far different than they used to be. When I started out, it was common for anesthesiologists to use more numbing medication and higher doses, resulting in women not being able to move their legs at all. New dosing and changes in the proportions of medications mean women now have far more movement in their legs with an epidural. This new way of doing epidurals was once called the “walking epidural” – poorly nicknamed for sure, as walking still isn’t possible for the vast majority of women.

When I first started attending births, immediate cord clamping was best practice to avoid jaundice. We now know differently, and it’s been interesting seeing how much more quickly providers have adapted to this change than the change in episiotomy recommendations.

Most hospitals have gotten rid of the mandatory nursery observation period (sometimes as long as 4 hours!) and some have switched to using “couplet care” where the same nurse cares for both the mother and the baby to better keep mom and baby together.

The Baby Friendly Initiative created a set of 10 steps that hospitals can work on to be more friendly. While this program has not been quite as successful as I had hoped, we do have one Baby Friendly Hospital in the state, and as they have made changes and health care has become more aware of consumers making choices based on policies, I have seen ripple effects across the State.

The Mother Friendly Initiative has been even less successful, but the discussions and documents that came out of that effort have indirectly changed the thinking of many doulas, nurses and parents I have known. For example, hospitals that used to be quite militant about women having ice chips only are now very open to any clear fluids.

In 2010, the National Institutes of Health held a large summit to discuss the situation with VBAC birth, and for the first time, consumer groups and parents were invited to the table and played a large role in the discussion and recommendations.

The internet has been a huge game changer for marketing doulas. Initially, doulas were a little slow to catch on. I did a presentation at the 2001 UDA conference on using the internet to market your services that fell completely flat because “doulas don’t need websites!” Most doulas were advertising themselves through brochures in doctors’ and midwives’ offices or flyers on community bulletin boards.

Over the years, there has been a pretty dramatic increase in the number of ways to become certified as a doula. At first, there was only DONA and a few small local certifications in other states. Then came CAPPA and CBI, and then a whole host of other certifications. Options are always good, but sadly, some of the certifications out there are little more than diploma mills, so now choosing a certification program is more complex and tricky.

Doula groups and partnerships are on the rise. For the first 15+ years of my doula career, every doula worked in independent, solo practice. Even when there was collaboration with other doulas, it was a formalized backup and support system called “Pods” – but each doula maintained their own business and booked clients 1:1. Now more doulas are looking for work/life balance and forming partnerships with shared clients and shared call. Initially, I was highly skeptical of this approach, thinking it was little better than OB shared call or nurses shift work. And then I attended a birth (as a birth photographer) where the parents had hired a partnership of doulas. It was a long birth, and I saw both partners rotate in and out twice. And it changed my opinions completely! I saw the doulas able to provide support while well rested and refreshed. I saw the smooth transition between doulas, and I saw the way a new doula brought in new energy in a way that lifted and helped a laboring mom. I now think there’s room for both models of doula practice.

Last but not least, I think my most favorite change has been in the responses I get when I tell people I am a doula. It used to be “Whatsadoula?” with a quizzical look, and I would have to explain what I did for families. Now it has became “That’s so cool my [sister, friend, neighbor]  had a doula!” with the occasional “I have always wanted to do that!” Doula support has become much more accessible to birthing families, and that makes my heart sing. Andrea Lythgoe has spent over 20 years in the birth field, in many different roles. She is a childbirth educator, doula, birth photographer and has taught at the Midwives College of Utah. Her work has spanned all kinds of birth settings, and she has worked with thousands of families anticipating the births of their children. When she’s not working, you can often find her shooting nature and landscape photography, or shuttling kids around to their many theater rehearsals. Check out her website at http://pamperedbirth.com/ 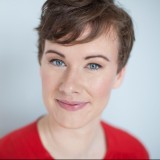 Lindsay Dougal is a certified birth doula who believes in the power of a strong support network for birthing women and their families. She grounds her practice in empowering women to remain informed of their options and pursue learning of evidence-based birth education. She believes it is the right of all birthing people to feel supported and heard in their journey to parenthood. Before becoming a doula, Lindsay received her Bachelor’s degree in Psychology from the University of Utah. She is also the lucky mama of three beautiful boys. Learn more about Lindsay and her services by visiting her website: lindsaydougaldoula.com.